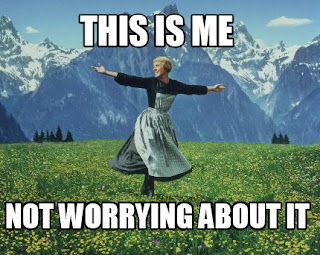 You would think that because the Google vs Roku dispute impacting YouTube TV is now resolved that people would be happy. But that's because you think rationally. Not everybody does.

I've been a contributor to the Roku user support forums for some time. Over the past few years, my contributions have increased greatly. Roku invited me to be a part of their Community Expert group. Part of the reason is that I'm always right.

Now, before you go and think I'm just some egotistical jackass (spoilers: I am), keep in mind that if I'm right, I'm right, but if I'm wrong, I learn from that and become right. My goal is to be right. I'm not looking to "change the facts" but rather to learn from the facts and adjust as more information is available. If I'm wrong, I'll adjust, and then I'll be right. So, the end result is, I'm always right.

Where am I going with this? Well, during this whole Roku vs Google thing, I wasn't fretting over it. A lot of people were, though.

Now, you may say, "But there was the chance the apps would leave for good. It was right to be worried." I'm not going to try to change your mind. That's a valid opinion based on the information available. But the time for worry is over.

Except for some people.

You can't make some people happy. I just shake my head sometimes. Now, if they need help with something, I'll help them. Unless they're a bigger jackass than I am. And some are. Those, I'll leave them twisting. I'll give it a shot, but if they just want to bitch, moan, and complain, I'll walk away.

At the end of the day, a Roku device is just a silly little piece of electronics. A streaming app is just a piece of software for doing something that's often just mindless entertainment. It really doesn't matter in the grand scheme of things.

If all I had to worry about was some hypothetical action that neither party wants to do, then I don't have enough to worry about. That's really way down on the list of important things.

Having said all that, I'm glad they resolved the dispute. My Streaming Life might not be as important as real life, but it is fun.

By DBDukes - December 10, 2021
Email ThisBlogThis!Share to TwitterShare to FacebookShare to Pinterest