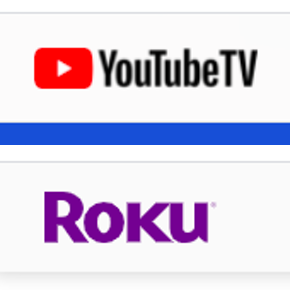 Keep in mind that I've been a Roku user, and a fan of Roku for over a decade. So, if you think my opinion was clouded by that, okay. But keep in mind that this Website is registered through Google, and is hosted by Google. And I also have a Google TV device (Chromecast with Google TV) that I like. Google Chrome is my default Web browser. So, I'm heavy into both parties.

Whoever was to blame doesn't really matter now. The issue has been resolved. 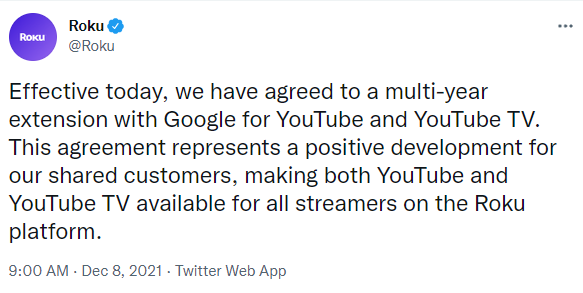 I'm glad to see it resolved. I figured it would be, but you never know for sure.

It doesn't really impact me though. I had the YouTube TV app on my Roku device before the whole dispute happened. I wasn't a subscriber, but never removed the app after I last dropped the service. As I've mentioned several times, I don't normally subscribe to a live streaming service except during college football season. And while the regular season is over, bowls are coming up. I normally use Sling TV, but I think I'll try YouTube TV, just to see if there are any new features since I last subscribed.

While the impact to me is minimal, the impact to others is much greater. I'm glad they got it resolved. This will make someone's Streaming Life easier.