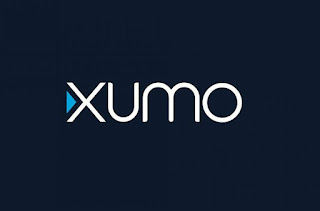 I've not written a lot about Xumo. In fact, I've written very little about it. But I need to.

Xumo might be described as a poor man's Pluto TV. But that would be wrong. Pluto TV is Xumo on steroids. But it just may be that Xumo is a better option than Pluto TV. Here's why.

Content. Now, content is king at Pluto TV. That service has so many different streams available, it's hard to keep up with. In the early days, Pluto TV was a mess. Content was awesome, but it was so hard to find anything. Many of the features didn't work, or didn't work correctly. But they got all that fixed.

Today, Pluto TV is fantastic. But so is Xumo.

It's true that Xumo doesn't have as much as Pluto TV, but that's not really a bad thing. Look at it this way. Remember when you had cable TV, and you were paying for so many channels you didn't watch? It's kinda like that.

Of course, it's not exactly like that, because you paid for cable TV, and both Xumo and Pluto TV are free. But the idea of having more than you need still applies. I mean, it's free, so it's not really a problem. Unless you have to scroll through nearly 100 extra channels in order to find what you want.

Pluto TV has around 250 different streams (channels). Xumo has around 180. But, looking over the streams, there are a lot of the same content. Some of the content is exactly the same. Both carry stream of The Asylum, for instance.

They'll carry some of the same streams. Some is different, but similar type of content. Both will carry streams of action films, or Black cinema, or some other type of movies. The same, but not exactly the same.

Xumo has about 70%-75% of the content that Pluto TV has, with a lot of overlap of same or similar content. Both have quality programming, since Pluto TV is owned by Paramount and Xumo is owned by Comcast.

Which do I prefer? Pluto, but not by much. Xumo is great. Pluto TV is great. You can't really go wrong with either one. Both are a part of my Streaming Life, and should be a part of yours, too.

By DBDukes - December 05, 2021
Email ThisBlogThis!Share to TwitterShare to FacebookShare to Pinterest