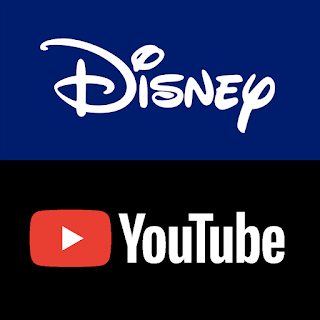 It only took a couple of days, but the dispute between Google and Disney is no more. Well, at least they reached an agreement that put the Disney owned channels back on YouTube TV. One week of no bowl games must have done it, huh?

YouTube TV users lost 18 channels from their lineup due to the dispute. On Saturday, these channels were removed from YouTube TV:

On Sunday afternoon, Google sent an email to subscribers and updated their Website to reflect the return of the channels.

We're happy to share that we've reached a deal with Disney to return their content to YouTube TV while preserving a $64.99/mo. price for our members. We've already started to restore access to Disney networks like ESPN and FX, including their live and on-demand content, as well as any recordings that were previously in your Library. We will also be turning on your local ABC stations over the course of the day. Don't worry, your personal preferences and recommendations will be just as you left them.

As we promised a $15 discount while the Disney content remained off platform, we will still honor a one-time credit for all impacted Base Plan members.

I'm glad to see the dispute settled. But what about the impact? Short term, YouTube TV subscribers got a $15 credit, or will get it at the end of the current cycle, in exchange for losing a dozen and a half channels for less than two days. Long term? I don't know. Since no details have been released, we don't the terms. But I'm worried about it. According to Bloomberg, Disney said the agreement had "fair terms ... consistent with the market."

"We appreciate Google's collaboration to reach fair terms that are consistent with the market," Disney said in its statement Sunday. "We're thrilled that our robust lineup of live sports and news plus kids, family and general entertainment programming is in the process of being restored to YouTube TV subscribers across the country."

That sounds like a price increase to me. DirecTV Stream is raising the prices on all but its cheapest service next month. It wouldn't shock me to see YouTube TV raise rates in 2022. Of course, it may be that rates would have gone up anyway. Still, the terms Disney used are vague but sound to me like a price increase. Maybe not as much as they wanted, but I'm thinking they got something. And what am I basing this on? Nothing except cynicism. I got a ton of that.

For now, if you are a subscriber to YouTube TV, you have the Disney owned channels back in your lineup. Your Streaming Life is back to normal. For now.