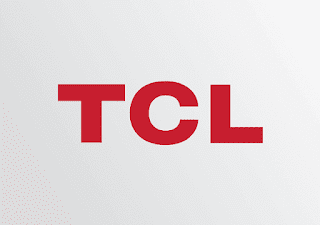 I've never been much on "smart TVs." I've had them, but only because I made my purchase without considering that aspect of the TV. I've had Roku and Apple TV devices since 2010, and didn't really need a smart TV. I had the smarts I wanted.

I say that because I have used a Roku TV extensively. I don't like it.

For a time, there was a TCL TV that belonged to a family member that was available for me to use. She wasn't using it, and I wanted to try it, so I did. Now, in fairness, it was an older device. It wasn't the first generation of TCL Roku TVs, but it wasn't a current model when I began using it. It was a TCL Series 3, which is a low end model. I get all that. But, I do expect a device to perform well. This one didn't.

I've used other smart TVs, as I've said, but didn't buy them for their "smarts." However, I have tried the built in apps and interface, and find most of them lacking. Vizio is awful. I don't recall the others. I will say that Samsung's Android/Google TV is okay. I don't like the experience -- the interface and remote don't work all that well together; they're kind of awkward for me -- but it's better than Vizio and others I've used. I've also used Toshiba Fire TV devices. They're okay. Just a little awkward compared to using a Fire TV Stick and remote.

So how about Roku TV? Specifically, a TCL Roku TV? Actually, the interface is fine. The remote is very much like a standard Roku remote (which, really, it is). The experience is very Roku. That's a huge advantage, in my opinion, over the Toshiba Fire TV and Samsung Google/Android TV devices. Those others are similar, but not quite right. It's the remote, more than anything. But Roku TV? The experience is just like using a Roku. I like it.

Sure, the picture quality on a cheap TV is cheap TV quality. But the Roku experience is not good. The TV is sluggish. It's like using a really really really old Roku.

Now, don't take this as an indictment of Roku TVs. I've used another TCL Roku TV that's a much newer and better device. It actually works fine. So, my conclusion? Like everything else, a TCL Roku TV can work great or work poorly.

I've had some issues with my TV lately -- no, not a Roku TV, but a TV with a Roku attached -- and it may be time to replace it. I don't like that, and I'd rather not spend the money, particularly at Christmas. If I can limp along through the holidays, I'll be deciding when to replace the TV. I'm not sure if I'll choose a TCL Roku TV, to be honest. I'm going to do some research and figure out just what I need to do.

I hope it makes it through the first of the year. No TV, no Streaming Life. And that just won't do.