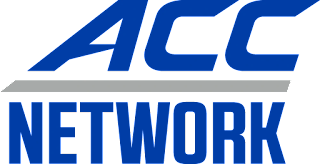 Over the last several years, since the College Football Playoff started, the Atlantic Coast Conference has gained a lot more exposure. Every year, the ACC champion has made the playoffs, although at this writing, that's not expected to happen. The only two conferences to have made the playoffs every year have been the ACC and the SEC. The ACC won the last BCS game and made it to the CFP championship four times, winning two.

In the last eight seasons prior to this one, the ACC has been represented very well in the college football post season. Even this year, a down year for the ACC, the conference champion will get a good bowl game. And this success by the ACC in recent years has increased the conference fan base. That means more are watching ACC games on TV. Except for Comcast TV viewers. Well, until now.

Comcast has not carried the ACC Network. For those wanting to watch an ACC game that's not featured on one of the major networks, this has been a problem, since Comcast is one of the largest TV services. Streaming was the only way that Comcast customers could watch ACC Network games. Which I was actually fine with. I stream. But not everybody does.

This week, it was announced that Comcast would carry ACC Network.

...Comcast will distribute ACC Network (ACCN) to its Xfinity customers, allowing fans and followers of the Atlantic Coast Conference to access the multiplatform network in the coming weeks. The availability of ACCN is part of Comcast and The Walt Disney Company’s content carriage agreement renewal that will continue to make Disney’s programming available to Xfinity TV customers.

With the addition of Comcast, ACCN is now fully distributed with every major satellite, telco and digital provider across the country, and available to nearly 90 million households. Further launch details in Comcast’s Xfinity markets will be available in the coming weeks.

While I am an advocate for streaming, the news that Comcast will carry the ACC Network might seem to be good news for "the other side" (non streamers). And it is. But there's an upside for streamers.

Now, to be sure, I dropped cable, and suspect most people could drop cable and stream instead, but keeping cable doesn't mean it was a bad decision. It's just not my decision.

Comcast customers will be able to watch ACC Network when they are away from home. Whether that means on a phone or table, or a stick kept in the suitcase for travel, it's a streaming method that wasn't available before.

Maybe Comcast realized that more and more ACC fans could find out about streaming services when they wanted to watch their team on ACCN. If those ACC fans tried a streaming service and liked it, they might end up dropping cable. Comcast didn't get to be so big by doing stupid stuff. Or at least not for too long.

Of course, this might let ACC fans discover that with ACCN on Comcast, they can now watch streaming when away from home. And that might let them discover what you and I know about streaming. Perhaps this will lead them to including streaming as a part of their everyday activity.

Comcast may have opened the door for many customers to begin a new Streaming Life. I know I enjoy mine.

By DBDukes - December 03, 2021
Email ThisBlogThis!Share to TwitterShare to FacebookShare to Pinterest