Another look at Xfinity Flex 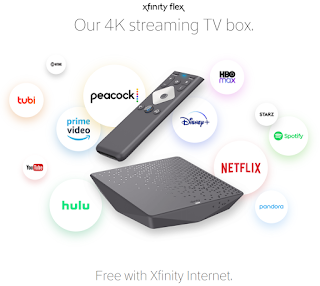 There's no app store, so you can't add apps. You get what they give you. If you go back far enough, you'll know that's how Apple TV used to work. With the 2nd generation Apple TV, they gave you a set of apps. You could hide them if you didn't want to see them, and you could rearrange them, but you couldn't add new ones or truly remove any. You got what you got.

Xfinity Flex is operating much like Apple TV did back in 2010. Actually, not even quite that well, since you could at least rearrange apps and hide what you didn't want to see. For example, I don't subscribe to Xfinity TV, so the Xfinity Stream app serves no purpose. Well, no purpose to me; for Xfinity, it's there to try to get me to subscribe to it. Which I won't.

But how well does it work? It works okay. I said that earlier, and I still think that. Xfinity has added a few apps to the device, including Hulu+Live TV, since I last talked about the device. They still don't have YouTube TV, though. They haven't pulled the app, they just never had it. So, the disagreement between NBCUniversal and Google has nothing to do with Google's service not being on the NBCUniversal (Comcast/Xfinity) device. It's never been there.

So, for live streaming services, you can get Sling TV and Hulu+Live TV. You can't get Philo, Vidgo, YouTube TV, Fubo, or DirecTV Stream. Since Sling TV is my go-to live streaming service for football -- most of the time -- it doesn't create an issue for me. But, if you want one of the other services, you're simply out of luck when it comes to the Xfinity Flex device.

Of course, if you're new to cord cutting, moving away from Comcast/Xfinity TV, you don't know much about those other streaming services,  so it doesn't really matter. If you are already familiar with streaming and have your own devices -- Roku, Fire TV, Apple TV, Google/Android TV -- then you don't need and Xfinity Flex device anyway. Unless you want to get Peacock TV Premium for free. But that's another story for another day.

For now, just as before, Xfinity Flex remains in my Streaming Life, but only as a device in a box on a shelf.

By DBDukes - September 29, 2021
Email ThisBlogThis!Share to TwitterShare to FacebookShare to Pinterest