I don't pay for Prime Video 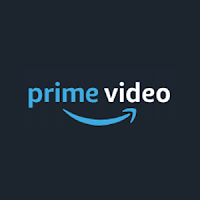 I've been an Amazon Prime member (that's what they call it, right?) for years. In fact, since before Prime Video existed. Back then, it was for shipping benefits. We discussed it and said we'd try it for a year and see if it was worth it. It was. So, we kept the Amazon Prime membership

Later, Amazon added the video service known as Prime Video. That was a bonus, as far as we were concerned. And, quite frankly, it still is.

I don't watch a lot of Prime Video. The primary reason is the interface is all jumbled up. There's little organization or order to it. It's like when you go to Walmart and see that big bin of DVDs with some really good stuff and some really bad stuff, but it's all mixed up and you have to look through everything to find anything? Prime Video is like that.

I've watched some of the originals on Prime Video. The Expanse and The Marvelous Mrs. Maisel are a couple. And maybe I'll watch more. But it's so messy that I don't like using the interface.

So, I don't use Prime Video a lot, but there is some good stuff there. It's just a mess and I don't feel like dealing with it.

I don't subscribe to Prime Video. I do subscribe to Amazon Prime, and will continue to. I just with the Prime Video interface wasn't such a mess. I'd love to include it in my Streaming Life to a much greater degree.

By DBDukes - September 16, 2021
Email ThisBlogThis!Share to TwitterShare to FacebookShare to Pinterest