I've posted about this before, but I really do not like Roku Pay.

I'm a fan of Roku devices. Huge fan. But their Roku Pay setup is awful.

Here's the idea: You can use your device to subscribe to content -- such as HBO Max or other services -- without having to go to an external Website on your computer or mobile device and set up an account. It's a convenience. And, if it worked well, that would be wonderful. But here's the thing: it doesn't work well.

As a way of being helpful -- 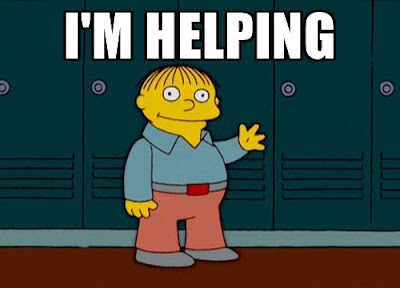 Perhaps if Roku worked out some kinks and bugs -- and more likely, logic holes that the the tech guys or business designers didn't think about because they don't really use the devices like an average user -- then Roku Pay would be okay. But, as it is, it's not.

If you want to subscribe to a service, I'm going to recommend you subscribe to the service directly. Don't use Roku Pay.

Same thing with subscribing through Amazon. I don't know of a large number of issues with Amazon, but if you use a platform to purchase, you're limiting yourself to that platform.

That means if you subscribe to, say, HBO Max through Roku, you can only use it on Roku, and only on your Roku account. No setting it up when you're visiting the kids or parents -- they need their own subscription anyway, so I'm not too bothered by this -- and no using the subscription on your phone, tablet, computer, or other streaming device that's a different platform. If you have Roku in one room and Fire TV in another, you can't use it on the other platform.

Roku Pay is a good idea poorly executed. I don't use it. It's not worth complicating my Streaming Life. I suggest you not use it either.

By DBDukes - September 20, 2021
Email ThisBlogThis!Share to TwitterShare to FacebookShare to Pinterest