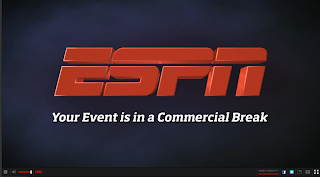 Over the years, I've subscribed to most of the major live streaming services at one time or another. Many times it was to just check it out and see what I thought. I usually didn't think much of them. But, other times, it was because they actually had something I wanted to watch. And that was always sports.

So, right now, I'm subscribing to Sling TV because their Orange plan carries ESPN, SEC Network, and others that carry the teams I want to watch. I subscribed for one month, meaning that this weekend is the last weekend of football under this subscription. By the time the next weekend slate of games starts, I'll decide whether to subscribe to Sling TV again, or to switch to Fubo, which actually has a better sports channel lineup. Between this weekend's games and next weekend's games, I'll have a few days with no subscription and save a few dollars. After all, why pay for a service during a time I don't need it. I may be able to squeeze five weekends out of the next subscription, since 30 days covers that long. Look at a calendar, if you don't follow me. You'll see what I'm talking about.

When it's time for a game, I fire up Sling TV and watch the game, right? Not always. Let me explain.

In the early days, Sling TV had growing pains. Not the TV show with Kirk Cameron, but issues that came with a new service. Demand would sometimes overwhelm capacity.

For me, that wasn't that big of a problem. You see, I just wanted ESPN. And while my subscription was with Sling TV, I didn't have to launch Sling TV to watch it. I did try, but when things went sideways, I just launched the ESPN app and used Sling TV to authenticate. I've kept that habit.

When it's time for football on TV, I'll usually launch the ESPN app. Most of the games I'm looking for are available within that app anyway. And, it's easier to locate and launch ESPN3 games in the ESPN app than it is in the Sling TV app.

So, it's a tradeoff. Easier to find ESPN3 games in the ESPN app. And, that's the only way to watch games carried on ESPN+ (which isn't the same thing as ESPN, the channel). But Sling TV has most of the ESPN networks games, plus the over the air games within that app.

What will I do this weekend? It depends on where the games are. If I can't find it easily in Sling TV, I'll move to ESPN app, then switch to Sling TV for Air TV content.

I know. Our Streaming Life shouldn't be this complicated. And, really it's not. I'm just making it that way.

By DBDukes - September 24, 2021
Email ThisBlogThis!Share to TwitterShare to FacebookShare to Pinterest