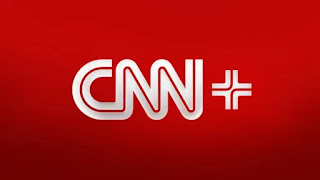 According to Nielsen, CNN, Cable News Network) is the third most watched cable news network.

CNN also recorded the largest drop in viewership over the previous year, down 38%. All news networks were down, except Newsmax. So, with viewership down, is it a good idea to offer a subscription service Maybe. Maybe not. Let's dig a little deeper.

Live streaming services such as Pluto TV carry live news channels. I did a count. Now, keep in mind that news, weather, and business focused channels are lumped together. Pluto TV calls their category "News and Opinion" which is an honest description, as many news outlets don't focus so much on facts as they do opinion. But that's not the focus of the discussion, it's CNN's launch.

I did a count of the number of news channels in six of the larger free live streaming services.

Add to that the standalone apps for news services that are free. Note that some are on-demand news clips only, while others have a live stream:

There are more, but you get the idea. You don't have to pay to get news. So, is a CNN+ service a good idea? I don't think so, but I've been wrong before. I'm not trying to promote or denigrate CNN, but if a live news service did succeed, that may be good for streaming overall.

Right now, the top news network, Fox News, doesn't offer full live streaming of their service without a subscription to a cable-like streaming service. It will cost you at least $35/month to get Fox News. Prior to launch of CNN+, the only way to get live CNN is via the CNNgo app, which requires a similar subscription to Sling TV or a more expensive service.

If CNN+ succeeds, perhaps more news services will be available to watch with a standalone subscription. For example, while there are many people that watch more than one news/opinion service with cable or a live streaming cable-like package, I suspect most probably have a favorite, whether it be Fox News, MSNBC, CNN, or another. Today, that person would have to pay at least $35/month for streaming services to include news. With CNN+ or something similar, that person could get by for less.

Philo doesn't carry news, sports, or local channels, and is $25/month. Frndly.TV is $7/month. A standalone news service with one of those is cheaper than the cheapest of the larger live streaming cable-like services.

We'll find out soon enough if CNN+ is something that will be around for a while, and if this opens up new opportunities in my, and your, Streaming Life.

By DBDukes - March 13, 2022
Email ThisBlogThis!Share to TwitterShare to FacebookShare to Pinterest