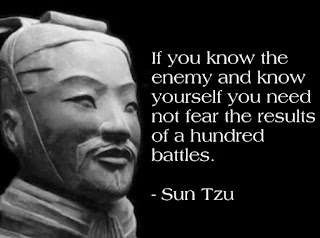 Russia Today is the topic. No, I'm not talking about the country. I'm talking about the news service. I'm not about to debate how much it is controlled by the Russian government. That's not the point. The point is I don't like censorship.

I'm not jumping on the "ban everything Russian" bandwagon because I learned a long time ago that the people driving the bandwagon may not be going where you want to end up.

Just so we're clear, I am not about to defend anything that the Russian government is doing now. So if you want to go down the path of saying that not loudly and consistently condemning them is the same as supporting them, then I'm about to say that anyone who says that needs to grow the heck up. Read some history. Read it from all sides. The more you read and hear the more you know.

RT (Russian Today) is one source that I've gone to on occasion over the years. I've always read it with a skeptical eye ... but I was able to read it. Wednesday was different.

Wednesday, the RT.com Website was taken down. It wasn't a Web host, apparently. Reading reports, it looks like hackers might have done it in. But it wasn't completely hackers that took RT off some platforms.

Roku, Apple, Google, and despite reports otherwise, Amazon have removed the RT app from their streaming platforms. A lot of people applaud that. I don't, but not because I support Russia (I don't). It's because I oppose censorship.

In the 1980s, I used to read news from the Union of Soviet Socialist Republics. Not because I thought the USSR was something I admired. Quite the contrary. I wanted to know what they were saying about things. How they looked at things.

In the 1970s, I would occasionally listen to Radio Moscow English language broadcasts out of Cuba. Not because I liked the USSR or Cuba. I didn't. I listened to find out what they thought and said.

Today, I want to read and watch RT news. Not because I support Russia. I don't. I want to know what they think and say. I like being informed. And I don't like that Roku and others have censored RT. I really don't like censorship. You know, the thing Russia is famous for.

By DBDukes - March 03, 2022
Email ThisBlogThis!Share to TwitterShare to FacebookShare to Pinterest