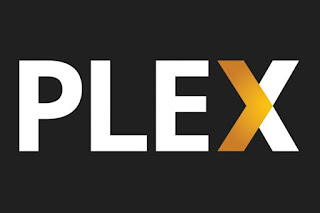 A while back I replaced my Plex server. Funny thing is that a family member also needed a Plex server replaced. I had actually begun working on hers, then some major things happened, I got sidetracked, and only recently went back to it.

Well, that didn't go well. The device was toast. I need to replace it. And spending another bit of funds for another computer didn't sound enticing. Then it hit me. I was experimenting with a Raspberry Pi as a streaming device. But what about as a Plex server?

I did some digging, and found that, sure enough, people have run Plex on Raspberry Pi. So, I had my second project to do.

I found instructions on setting up Plex on a Raspberry Pi running Raspberry Pi OS (formerly known as Raspbian). It's based on Debian Linux, and works pretty well. The instructions, however, didn't.

The other thing is that all sources I found indicated I should run Plex on a 4 GB device. Mine was a 2 GB device. So I ordered a 4 GB device. It came in, but wouldn't run. So back it went.

Now, I have to say that CanaKit, from whom I bought the Raspberry Pi, made the return and replacement really easy. I was not happy about having to replace it, but the actual replacement was easy, and I give them credit for making it right and doing it quickly.

So, installing Plex on the Raspberry Pi was quite aggravating. The instructions provided by several different sources all led to errors. And I blame myself for that. Well, them too.

Anyway, I decided to simplify the process. I installed Ubuntu Linux on the 4 GB Raspberry Pi. It does fine. And I was able to install Plex with little issue. So, I set it up, added some content to a USB flash drive, and whaddaya know? I had a Plex server running on a Raspberry Pi.

Now the plan is to change things over from my Plex account to hers, then add an external drive to the Raspberry Pi. The final step is to rebuild her library. I have a list of most of the content she owns. I have many of those same movies, shorts, and TV shows myself, so those will be easy to copy from mine to hers. She owns her own copy of them, so I can simply save some time by using a copy of mine. The other content, I'll have to burn from DVD or something, and add them to her library.

I've been running it for a couple of days now with some content, and it seems to work well. I'll run it for a week or two, just to make sure, but if all goes well, I'll have a working Plex server that costs a lot less than what I spent a few months ago.

Now, I can't say with certainty that this will be a good, viable alternative long term. But things are looking well so far. This may be one of the best additions to my ... well, a family member's ... Streaming Life.

By DBDukes - March 06, 2022
Email ThisBlogThis!Share to TwitterShare to FacebookShare to Pinterest