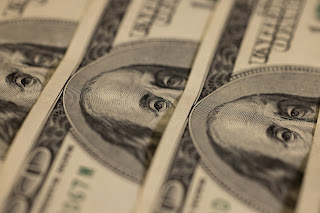 I'm not going to do a plug for Consumer Reports. I'm a member, so I guess I could, but that's not really a streaming topic. Well, it can be, but not right now. Well, okay maybe a little, with what I'm going to talk about right now.

A report by ARS Technica says that some cable companies have continued to assess the fees, and many have stopped, have simple rebranded the fee as something else.

Congress subsequently passed the law banning such bogus charges. Complaints included in the Consumer Reports filing indicate that Frontier has complied with the law but is still annoying customers with other fees.

"Frontier FiOS used to charge me a router fee, although I have my own router. Now they don't have that explicit fee, but they do charge an 'Internet Infrastructure Surcharge' ($6.99) and a 'Frontier Secure Personal Security Bundle' ($5.99 after 'discount')," a customer in Torrance, California, wrote.

"After the router fee was made illegal by the act of Congress, I quickly called up Frontier to have the fee removed, which they did going forward," wrote a customer in Flower Mound, Texas. "However, a few months later, Frontier increased their infrastructure charge (another bogus fee) about $3 or $4 if I recall correctly. So in my mind, Frontier did a bait and switch and is just trying to play the bogus fee game but not calling it a router fee any longer."

This is why people hate cable companies. This is why I hate dealing with them. And the thing is, that's who many of us have to use for Internet. All those fees for things that don't mean anything are being assessed because they know new and different words to use. The bottom line is that they are assessing fees for nothing. Why? Because they can. Even when they can't, they call it something else, some fee that didn't exist and wasn't needed before, and are doing it anyway.

They do it, and many people just accept it. Sometimes, there's nothing they can do in response. Well, almost nothing. Things like this make me perfectly willing to pay more money to another company in the hopes that at least they're being open and honest with me. Like my sister did.

But would I really pay twice the money to Starlink instead of Comcast? Well, not right now. Because Comcast isn't charging me a bunch of fees. I have my own modem, my own router and switches, and it works great. And no extra fees. But if they do start up with nonsense fees for things I'm not using, then you bet your ass I'll switch and pay more.

I have to admit, though, that Comcast has been a good Internet Service Provider. I have no real complaints about that. They'll remain in my Streaming Life for the foreseeable future. But I understand if you want to drop your ISP.

By DBDukes - March 16, 2022
Email ThisBlogThis!Share to TwitterShare to FacebookShare to Pinterest