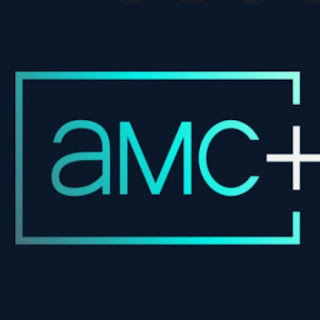 Some months back, I looked at subscribing to AMC+. I was undecided about it. They were running a really good special that worked out to around $2/month for a one year subscription. Regular price is around $9/month. I considered it because three months at regular price is more than one year at the discount. But, I couldn't decide, which means I actually did decide, because the special went away, meaning I decided no.

Fast forward to this month. A family member likes Outlander, an AMC show that is apparently a big hit. The only thing I know about it is a lead character is a Scotsman during the Jacobite Rising, and he's named after a Doctor Who character and actor. Yes, Jamie Fraser is named for Fraser Hines' character of Jamie McCrimmon, who met the Second Doctor (Patrick Troughton) at the Battle of Culloden. Jamie was one of my favorite Doctor Who characters, so when some other TV show named a character after him and the actor who played him, I became aware.

Anyway, she likes the show, and I said I would subscribe. Well, I went to subscribe, and I couldn't. That wasn't really a bad thing, because it turns out I had already subscribed. Remember when I said I couldn't make up my mind and then waited too late? Yeah, that's how I remembered it, but that's not how it happened. Turns out I had subscribed for a year for $24. So, I didn't need to spend $9/month for the next three months to have Outlander for her to watch. I had it all along.

Which means that I had it all along. I could have been watching it and trying it out. Well, last weekend, I did. I started watching Ragdoll, a British series. It's interesting. I'll watch some more, just to give it a full examination.

I'm not sure how I'll like it overall. I mean, I've had it for about four months and didn't remember. So now I have some catching up to do. I'll watch it for a bit, and decide if I want to keep it after November. I doubt that I will, simply because of the way I rotate subscriptions, but it is something I will consider.

All these months, my Streaming Life could have had AMC+ in it. Boy do I feel silly.

By DBDukes - March 08, 2022
Email ThisBlogThis!Share to TwitterShare to FacebookShare to Pinterest