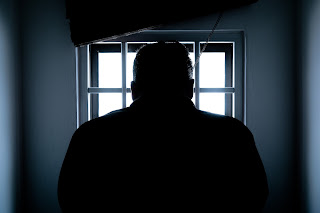 Roku's recent revamp of their app system removed non-certified apps as they existed. The whole new process no longer has a Private Channel, or Non-Certified Channel, repository. By the way, Roku doesn't call them apps, but calls them channels. They're apps.

In the process, they also revamped their app development process. The paperwork I've seen -- it's publicly available -- allows for apps to be marked as "Adult."

Roku removed all non-certified apps. The app developers had the opportunity -- still do, by the way -- to code their app to standards and submit for certification. Most didn't.

And they've fired up their base. And "base" is indeed the correct term. One definition is "the lowest part or edge of something." And it's evident that some of their users are the lowest of the low.

Some -- not all, but some -- of their users were fired up by mis-statements (lies) told by their respective services. And they descended on the Roku support forum.

However, some people got it in their head that they were being targeted. Or they were crusaders for some noble cause. What the actual situation is, some of them are just plain nuts. One user described them as needing professional help, a padded cell, or both. I agree.

I've worked around people with mental issues. Most of the time, it's a result of physical or physiological trauma. Sometimes, they're just wired wrong. The end result is people that can't play nice. They often end up in jail, or in a mental facility, or both, often bouncing from one to the other.

Not all of them wind up in a system, however. Some get computers and get on the Internet. It's scary to think that they may be around people, possibly even children, and causing damage to others. I'm grown. I don't give a rat's ass what they say to me. But the thought that they may be around other people is sobering. And they could be potentially damaging the lives of younger ones.

That topic is one that our society hasn't addressed. Mostly because most of us aren't in a position to encounter those people on a regular basis. Well, except in the comment section of various Websites.

Calling them idiots is possibly an unfair thing. To actual idiots, that is. Some of these people are truly unhinged. They may respond to professional help, or they may be too far gone. I've seen a variety of people with mental issues of various degrees. And I see so much of the same thing in the comment sections and support boards.

We need a better awareness of mental illness, and a way to help these people if we can. And, sad to say, for those we can't, we need to keep them away from the rest of society if necessary. It's a shame we've allowed this to happen. We should be better than that.

By DBDukes - March 20, 2022
Email ThisBlogThis!Share to TwitterShare to FacebookShare to Pinterest