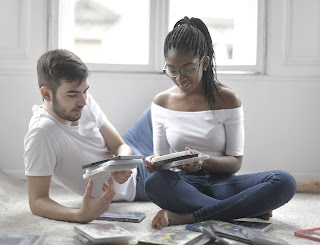 The focus here is, of course, streaming. To many, that means content from sources such as Netflix, Hulu, Sling TV, and so on. But, what about content you already own?

If you've collected many DVDs over the years, how do you watch them? Pop them into a DVD player? Sure, you could do that. And that works as long as every TV has its own DVD player. And you don't mind getting the DVD from your library case, taking it to the TV, switching inputs, putting it in the player, switching to the DVD player remote, and watching the movie that way.

I prefer to grab my streaming player remote and launching an app that accesses my DVDs, then pick one and watch it. Same for TV shows I own on DVD.

How is this possible? Well, it takes some setup. And, initially, some work. A lot of work, or at least a lot of time, if you have a lot of movies.

There are different applications that allow you to do this -- KODI, Servlio, Emby, and others -- but my choice is Plex .

Whichever service you choose, you have to do setup of the server, and you have to rip the DVDs to a format the server can utilize. There is no avoiding that work, but once you get it done, it's really easy to watch the movies.

Let's take the first part, setting up the server. You'll need a computer to sit and run to deliver the content. Essentially, you'll put the movies on one computer, connect that computer to your network, and have it set to run the server software.

As I said, I chose Plex, but you can use any you want. The general steps are pretty much the same, with differences in setting up the software. Pick one you like. Most are pretty simple to set up, and walk you through it. Don't get fancy, not at first anyway, but use a standard setup, if this is all new to you. The main thing is for it to work, and the default settings will make sure that happens.

You can use an existing computer, or even an old computer, to run Plex (or whatever you choose). It can be a Windows, Mac, or Linux setup. Mac will probably cost more, unless you have a spare Mac laying around, so go with Windows or Linux. And, if you're not that comfortable setting up Linus, go with Windows. The main thing that might be an issue is the size of the hard drive on which you'll place your movies. Get the largest you can afford that will work with whatever computer you choose.

Once you have the computer set up, you can add and launch the corresponding app. For Plex, just add the Plex app to your streaming device. It should find your server, even though you don't have any content loaded. And that's the next step.

To extract the movies from your DVDs to a Plex server, you'll need software that can read the DVDs and convert the content to a usable format. Handbrake is a good choice, but not the only choice. It's free, and works most of the time. I use some commercial software that has a few extra features that makes it easier and quicker, but my library is over 1,600 movies, plus hundreds of short films and TV shows, so it was worth it. But, I started with Handbrake and was happy with what it did.

You'll need to follow the instructions for setting it up, perhaps even downloading some extra software to help with the conversion, but once you do that, it's simply a matter of launching Handbrake, inserting the DVD, picking the format (I used MP4) and starting the conversion.

Once you have the MP4 (or other format) file, move it to the correct directory (or folder) that Plex (or other software) expects and it will read it into the system.

Check your streaming app, and the movie will appear. Every time you add a move to your library, it will show up, and you can watch it from any streaming device.

Yes, the setup takes some time, and ripping each movie takes time, but you'll have easier access to moves, and that will make your Streaming Life much easier.