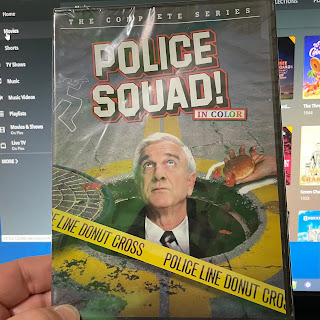 I mentioned before that Plex is a good way to stream your DVDs. Actually, I don't stream my DVDs, but rather the content of my DVDs. I mentioned that it's not that hard to do, and that's true, unless tedium is hard. Tedium isn't hard, it's tedious. And those aren't the same thing. If you think tedium is hard, you really won't do well with hard. But, yeah, it's tedious.

My statement that "it's simply a matter of launching Handbrake, inserting the DVD, picking the format (I used MP4) and starting the conversion" did not sit well with me. So, I decided that the next time I ripped a DVD, I'd document it and show what's involved. If this seems complicated, it's really not.

For some time, I've been looking for streaming episodes of Police Squad. I've not been able to find it. So, I finally decided that I wanted it more than I wanted to wait for it to ever show up in a streaming format, so I bought the DVD intending to rip the show into Plex.

For no particular reason, I chose Wondershare UniConverter for Windows to rip this series. There are several applications will work as well, and while the particulars may vary slightly, the overall process is the same. I have other Windows apps, and I have a couple of Mac apps, but this is what I did this time.

To start, I put the DVD into the computer's DVD drive, then launched the app. 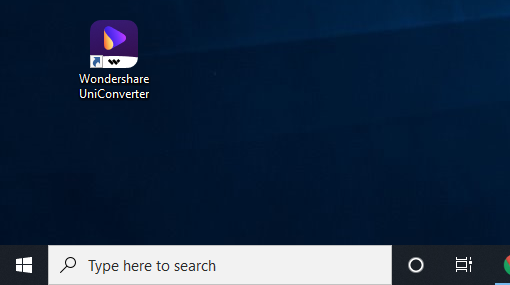 I told the app to use my DVD drive and it started reading the drive, finding content. Since this was a TV show and there are more than one episode on the disc, I told it to use all the videos it found. 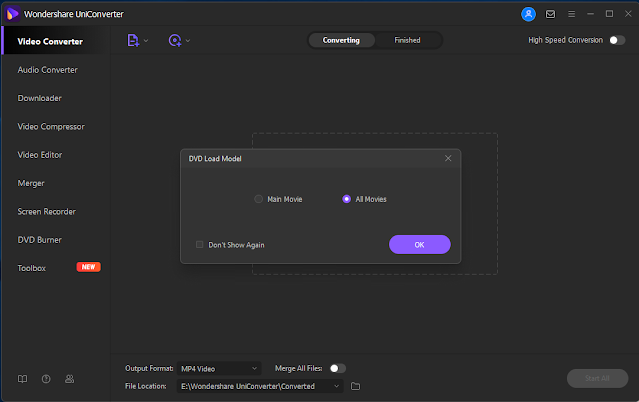 It chugged along for a while... 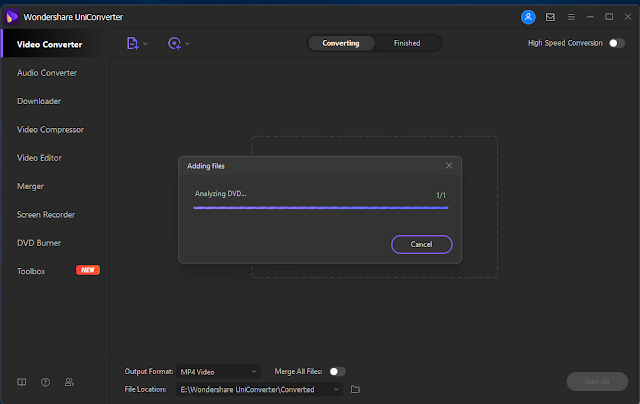 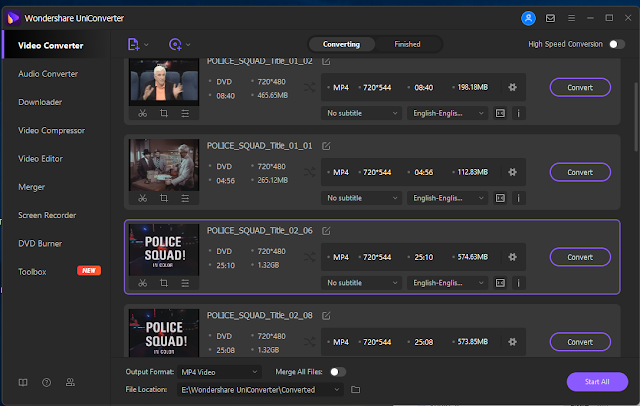 The disc contained six episodes, so I had to find the videos that were not part of the show and remove them. What would those videos be? Those are the DVD extras you find. Sometimes, they're episode length, and sometimes they're short videos.

After removing the unwanted videos, I picked the format I wanted. I always pick MP4, but you can use whatever works better for you. 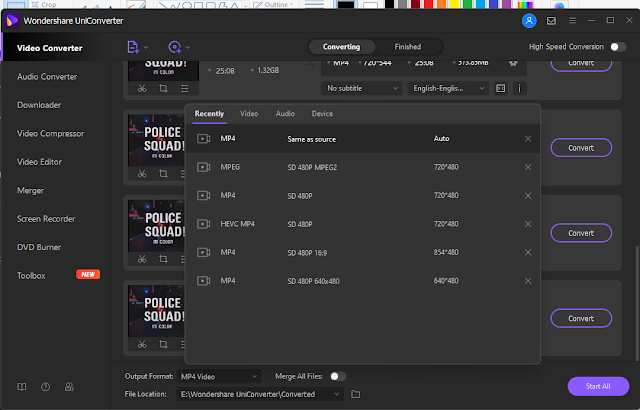 After all that is done, I told the app to start the conversion. 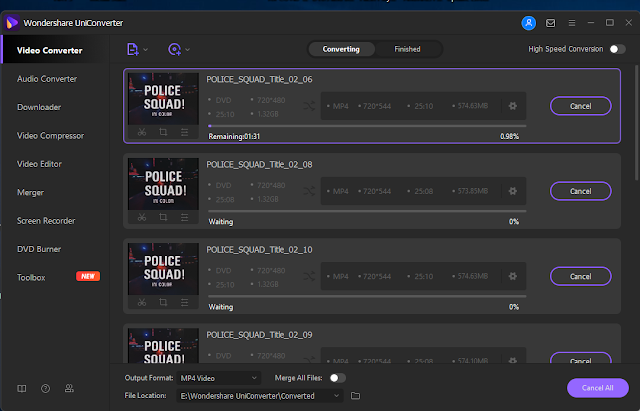 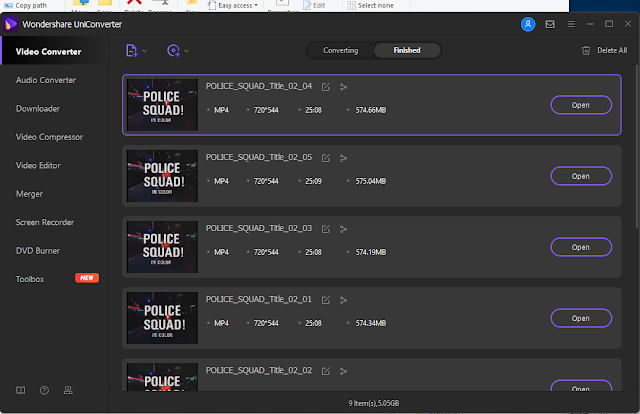 After the conversion is done, I opened the destination folder and found the converted files.

You can't really see from these images, and this doesn't always happen, but sometimes you end up with more videos than you need. Why? Well, remember I said the DVD extras were sometimes full length? How do you tell the difference? You can't look at the names of the files, because that's not based on the content. You have to launch the video and see which episode it is. I did that, and found they were in order, and was easily able to rename each file according to Plex standards. 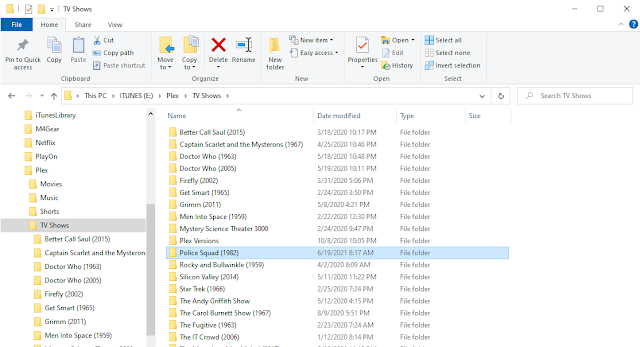 It took Plex a little while to read the directory and file names, look up the data in its database, and get all the little data bits that you need to know just what episode you're watching. When it was done, it automatically had all the show images and episode descriptions in place, ready for watching. 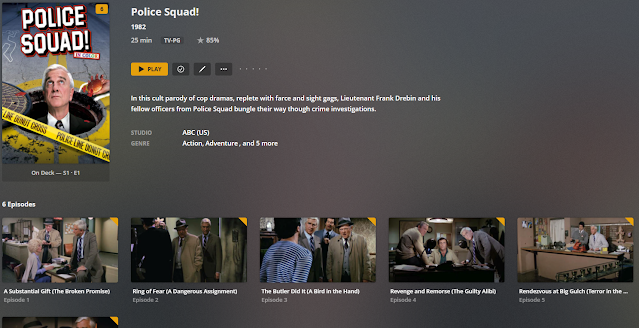 Yeah, it's a little tedious. But it's not hard. The key things when it comes to naming the files are to follow Plex standards, and everything works well.

I use the TV show name for the show directory (folder), to include the debut year. Since Police Squad debuted in 1982, I named the directory "Police Squad (1982)" even though there isn't another show called Police Squad. Sometimes, it's very important, particularly on movies. But if you always do it, things will be easier.

For the next directory (folder), I follow the standard of the season number. Even though Police Squad had only one season, I still put a Season 01 directory (folder) under the show parent. Inside each season folder, I put the files.

Naming the files is easy enough. I use the longer method, but the shorter method is just fine. It's using the show directory (folder) name, a space, a dash, a space, then the season and episode number in the following format: sXXeXX. So, season 1, episode 1 would be s01e01. The 6th episode would be s01e06. You see how it goes? Good.

I said I use the long version. After the sXXeXX I put another space, a dash, a space, then the episode name. This can be helpful if you ever need to refer to a file and would find it easier to know the episode name. But, it really doesn't matter for Plex. Either way works the same in Plex.

And that's it. I now have Police Squad episodes to watch to make My Streaming Life more fun.. I know, you may still find this daunting, saying "surely that can't be easy." Well, it is easy. And don't call me Shirley.