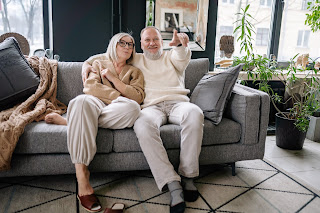 The report shows U.S. viewers has a pretty big jump in viewing:

The latest research from Tubi’s audience report The Stream revealed video streaming consumption skyrocketing with 70% of Americans participating in the study watching more TV now than they were in March 2020. Among that group, the average person is streaming three additional hours each day since that time. Tubi has seen this upward trend with its viewers over the last year, recently announcing a record-setting Total View Time (TVT) of 798 million hours during the first quarter this year, up 54% year-over-year, and a platform-best 276 million hours of TVT in March.

And, it's not just in the U.S. but also in Canada that the numbers are up:

Full Stream Ahead found that 54% of Canadians streamed more over the past year, with Adults 18-34 citing the most significant change. Additionally, Canadian streamers’ average daily streaming consumption has increased by 2.4 hours per day. In Canada, Tubi is the most popular ad-supported video on demand (AVOD) service (20%) behind YouTube (34%) and saw a 107% year-over-year increase in total view time (TVT) from January 2020 through January 2021.

I know this is true for me, but I'm not sure I'm a typical streamer. Maybe I am typical, or maybe typical is changing to become me.

Now, let me state that while I have increased my free live streaming -- or linear streaming, I suppose -- it really hasn't been more Tubi viewing. It's been Pluto TV. But, I do think Tubi is a great option, just not one I use as much as Pluto TV. I'm also liking Xumo, for what that's worth.

So, maybe you'll want to consider Pluto TV, Tubi, Xumo, or another live streaming service, just to check it out. Maybe you'll find alternatives to what you've been watching.

If you haven't cut the cord yet, then I strongly suggest trying out the services. If you have a smart TV that has one of those apps, or if you have or want to pick up an inexpensive streaming device -- Roku, Firestick, Chromcast, something -- and try them out, you might find some content you enjoy.

Using free live streaming services is one way I improve my Streaming Life.

By DBDukes - June 02, 2021
Email ThisBlogThis!Share to TwitterShare to FacebookShare to Pinterest