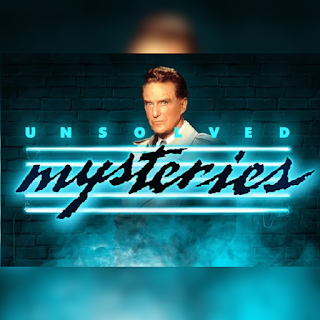 I've never watched True Crime TV. That's not a cable channel -- I don't think it's a cable channel, and I'm too lazy to check -- but a genre, a type of show. There are comedies, mysteries, drama, "reality" (which is as real as professional wrestling), westerns, teen, romance, and a whole slew of others. And of of those others is True Crime.

Why have I never watched it? Because I have no interest in it. I remember how popular Unsolved Mysteries was, and how popular many other shows such as 48 Hours, America's Most Wanted, The People vs. O. J. Simpson, Forensic Files, New Detectives, and so many more were and are. But I don't get it.

And maybe "lie" is a strong word. Perhaps exaggeration, omissions, and such aren't really lies. But here's the secret. They are. A lie is a lie no matter how it's executed.

So, True Crime isn't something I've cared about watching. If they fictionalized the stories -- which I just said they already do -- then maybe I'd watch it. Like professional wrestling, they aren't fully straight and truthful, but use their talents in storytelling to be entertaining. If they get it right, it's totally by accident. Oh, and I'm not talking about wrestling with that last sentence. I suspect wrestling is closer to the truth than most True Crime TV.

If you're a True Crime TV junkie, that's fine. You have lots of options when it comes to watching those kind of shows. But keep in mind that it's entertainment first, and truth when it's convenient. And if you enjoy those shows and make them a part of your Streaming Life, then you're living in the right era.

By DBDukes - April 09, 2022
Email ThisBlogThis!Share to TwitterShare to FacebookShare to Pinterest