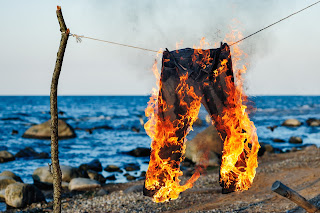 Now, to be clear up front, I'm not calling all cable TV companies liars. And the one I'm talking about today is one that I have never used. In fact, I'm not calling the company in question liars at all. But I think the person who is, is right.

In a recent article, he took Spectrum to task for statements the company made in advertisements that attacked DirecTV Stream.

The claims were misleading at best and outright wrong at the worse, which should not come as a big surprise to those who have paid attention to cable advertising or their bills over the years.

The biggest false claim, being that consumers would not be able to see the “biggest game of the year” AKA the Super Bowl is not even a stretch of the truth, it’s a lie. While Spectrum could say that it never said the Super Bowl was not on DirecTV Stream we all know what the biggest game of the year is. The company just lets viewers make the erroneous connection. Sort of like threatening someone by saying “I would hate to see you get hurt somehow if you didn’t pay me”.

It's worth a read. If you wonder if a cable company would try to mislead you, this might help you make up your mind.

My TV watching life became a Streaming Life when I wanted more for my dollar. I don't miss paying big bucks for small return. And I certainly don't miss dealing with companies like that.

By DBDukes - April 15, 2022
Email ThisBlogThis!Share to TwitterShare to FacebookShare to Pinterest