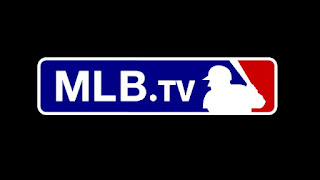 It's been, gosh, days since I bashed Major League Baseball. So here goes again.

If you have been following along at home, I have posted three times in the last few weeks about what I don't like about baseball and their streaming setup. Last month, I whined about how Major League Baseball doesn't want my money, because they blackout the Braves, since I'm in one of the five states in the Braves market. I'd subscribe to MLB.TV if they'd let me watch the Braves live. But they don't, so I don't.

I then posted about how Amazon was providing some live in-market games to one team (not my team, though). I also talked about how there are some options for streamers, but not a full season's worth.

Phillip Swann, The TV Answer Man (a daily read for me; see the link in the sidebar), was trying to answer a question about a U.S. location being blacked out despite being 5,798 miles from the teams. Yes, that's correct. Nearly 6,000 miles away, there's a place where residents there can't watch two certain teams that are seven time zones away.

MLB.TV, the online package of out-of-market regular-season games, does not allow subscribers in Guam to watch the San Francisco Giants or Oakland Athletics games. They are blacked out there.

That may sound impossible. After all, Guam is 5,798 miles away from the San Francisco/Oakland area. And as you note, NBC Sports Bay Area, which has the local rights to most Giants games, and NBC Sports California, which has the A’s games, are not available in Guam. So there’s no way for a MLB TV subscriber in Guam to watch the two teams without MLB TV. Except MLB TV doesn’t allow it!

“All live San Francisco Giants and Oakland Athletics games will be blacked out in the U.S. territory of Guam,” states the MLB.TV site.

Now, if that sounds crazy, that's because it is. The article goes on to say that MLB hasn't responded to repeated requests about that situation. Mr. Swann makes his best guess about why that is, and it's a reasonable one, insofar as trying to understand the mindset of Major League Baseball. Mr. Swann doesn't defend MLB's decision, just tries to figure out what is going on in their heads.

That's just one example of how messed up the blackout rules are. Sure, they're in place to protect certain parties, and I get that. I really don't like it, and think they're making a bad business decision, but they're the ones sitting in a big office and I'm typing away on my laptop, eating Cheezy-Poofs.

Still, I'd really like to have more baseball in my Streaming Life. But that won't happen while blackouts are in place.

By DBDukes - April 17, 2022
Email ThisBlogThis!Share to TwitterShare to FacebookShare to Pinterest