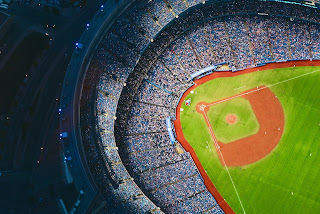 I've spoken many times about how Major League Baseball isn't very streamer friendly, despite being involved in streaming for over a decade. MLB.TV won't stream in-market games live. I'm a Braves fan, and can't watch live Braves games through MLB.TV. Nobody can watch the live games of any team in which they are in-market via the MLB.TV app.

However, this past week, we got a glimmer of hope. Amazon is going to be live streaming games for Yankees fans in that market.

Now, I'm not a Yankees fan, so this doesn't impact me. But if they did this for the Braves, or other teams, then I and others would be in a better situation.

It's not a perfect solution to that team from the Bronx. The Yankees have 162 games, and Amazon will be carrying 25. That still leaves 137 games not able to be streamed live by in-market fans, but it's a start.

Will this lead to more games available live streaming for teams in market? I have no idea, but I certainly want that to happen. I would really like live baseball for my team as a part of my Streaming Life. Maybe one day this will come to pass.

By DBDukes - April 10, 2022
Email ThisBlogThis!Share to TwitterShare to FacebookShare to Pinterest