My strategy for saving money on streaming services 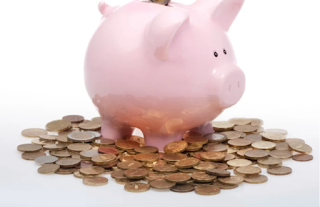 I've mentioned this before, but I had a conversation along this line this week at work, and that has put it in the front of my mind.

One of the criticisms of streaming, at least as it has developed, is that by the time you subscribe to all the services you want, you end up paying more than cable. And that can be true. But it's not for me. So why is that?

Well, I subscribe to different services, but not year round. Oh, year round, I'll have something, but not everything at the same time. I'll subscribe to one service, keep it a month, watch all I want, then cancel.

Next month, I'll subscribe to another service, keep it a month, watch all I want, then cancel.

The next month, I'll subscribe to another service, keep it a month, watch all I want, then cancel.

You see where this is going, right? Let me offer some examples of how this might work.

According to one recent survey, here are the most popular subscription streaming services:

Since I'm telling how I do this, I'm going to list a couple of things that may be different from your situation. I have Xfinity Internet service. That means I get Peacock Premium, which is the $5/month plan. For that reason, I'm excluding the cost of that from my comparison, as I have no cost involved.

Additionally, I subscribe to Amazon Prime, and have for years. I had Amazon Prime before they launched their video service. So, as that is a service I would have anyway, the video portion is actually a bonus, and no effective cost to me. As with Peacock, I'm excluding Prime Video for the same reason.

If you subscribed to the seven remaining services, in a year, you would pay $760/year using the annual plans where available, or $840/year if you used the monthly plans only.

As mentioned earlier, subscribe to one service for one month, then change the next month. One month, pick two of the $5/month services. Then, every service gets two subscription months a year, but over the year, I've watched all I want from the services. For $620 less. That's nearly $52/month cheaper.

The downside? Well, there are two. One is you actually have to do it. The other is for some content, you wait a month or more to watch it. Is the combined benefits from not changing subscriptions every month, and the immediacy of watching on-demand content worth $52/month?

By DBDukes - April 03, 2022
Email ThisBlogThis!Share to TwitterShare to FacebookShare to Pinterest