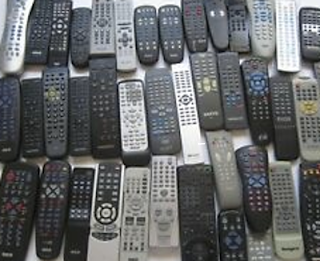 My original streaming setup was very complicated. I had:

Now, that whole thing about a free version of Hulu might confuse some of you that are new to streaming. But way back in 2011, there were two Hulu services.

There was the free version that you could access on a computer using your Web browser. You had to sit through commercials, just like on regular TV, and like today's standard Hulu service.

There was also a paid service called Hulu Plus (or Hulu+). It was for streaming devices and cost around $6/month, if I remember correctly.

The free Hulu service and Hulu+ had different content libraries at first. If you could watch it on Hulu free, you couldn't watch it on Hulu+. Likewise, if it was on Hulu+, it wasn't available on Hulu free service. That's why I needed both the Windows Media PC and a Roku device.

Honestly, I didn't use the Windows Media PC for anything other than Hulu, and I rarely watched that. It was more convenient to purchase the shows from Amazon or iTunes than deal with yet another remote and the buggy Windows Media PC.

Eventually, Hulu had merged Hulu free and Hulu+ into a single service, named Hulu+, but it contained nearly the entire catalog. That was the final nail in the coffin for the Windows Media PC, and I removed it first, bringing the devices down to three: Roku, Apple TV, and TiVo.

There was still the issue of having four different remotes:

So, I bought a Logitech Harmony remote to control them. That worked fairly well, so the simplification continued.

By DBDukes - May 02, 2021
Email ThisBlogThis!Share to TwitterShare to FacebookShare to Pinterest