Do you really need a live streaming package? 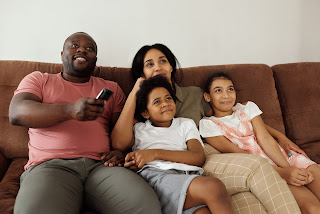 The question many people ask when they cut the cord or start streaming is "How can I still watch TV like I'm used to watching it?"

The answer is, you can't. You almost can, but it won't be the same.

Is the difference difficult? For some people, it is. But for most people, it's really not that difficult.

But, let's say you're a reasonable person that can deal with the stuff that happens. You're a functional adult, or on your way to becoming one upon reaching a certain age. You'll be fine then.

It's not exactly the same when you go to streaming, but it is different. But a lot is the same. Just like when moving to where there's a different cable system. Different, but the same.

What you really need to ask yourself is do you need live streaming? How much do you have to watch when it airs? How much can not wait until a few hours later? Just how big of a deal is that?

If you already DVR most of the stuff you watch, you are already not using your live TV setup. Your DVR is functioning as an on-demand service.

Yes, Hulu + Live TV also has some programming that's not part of standard Hulu. But is it worth $59/month, every month? That's $708/year.

Even if you decided that you needed live streaming during certain times of the year -- say during March Madness, Bowl season, or some other specific time of year -- you could easily add a live streaming service during that part of the year. The savings won't be as great, but it will be significant.

However, saving money isn't the only reason people stream. Some simply like the benefit of having more control of their TV, watching content on their own schedule.

Whatever your reason or primary benefit there is for streaming, you should always be able to make the best decision about what's right for you. Is it extra work? Yes, at first. But is the benefit worth the extra work? Maybe.

If replacing cable with a live streaming service is the thing for you to do, then get the best one that meets your needs. But if you find that you can save more by going with on-demand packages, and that's what's best for you, to that. I'm not suggesting you not use live streaming services, I'm just bringing up that it's possible to have a great experience without it. You know what's best for you. I'm trying to make sure you know your options.

Do whatever works best for you, and take control of your Streaming Life.

By DBDukes - May 15, 2021
Email ThisBlogThis!Share to TwitterShare to FacebookShare to Pinterest