Why I didn't buy a Roku TV 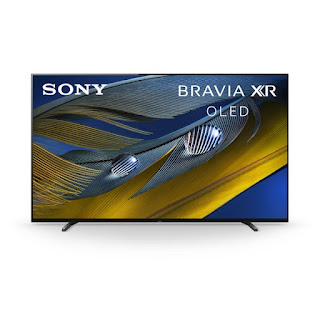 Recently, I purchased a new TV. As I'm a Roku fan -- it's my streaming platform of choice -- I bought a Roku TV, right?

I bought a Sony TV that runs Google TV. So, have I switched to Google TV as my primary streaming platform?

I still use Roku. Well, primarily Roku. I use it most of the time, as I did with my old TV. No more, no less.

So why is that?

Simple. I don't feel I need to limit my TV purchases to platforms I like. I want a TV that has the features, the picture, the reliability that I want. The streaming platform doesn't matter. Well, not that much.

So, when I bought my new Sony TV, it was a highly rated device -- I used Consumer Reports to help with that -- that I found at a good price, and with free shipping. The image looks great, and it's a really good TV. The only thing I would rather it have is a Roku platform. But, as I said, it's easy to add a Roku device to my TV.

If I was a huge fan of Fire TV, I could just as easily have added a Fire TV device. Or Apple TV device. And, in fact, I have added those. So I have the best of all worlds. I have a TV that I really like, and I have all the major streaming platforms available for it.

Should you shop the same way? Sure. It's a valid way to shop. However, if you really want a built-in platform, you can get Google/Android TV, Roku, or Fire TV built in, and get the best TV you want for that platform, that's an option too.

By DBDukes - July 25, 2022
Email ThisBlogThis!Share to TwitterShare to FacebookShare to Pinterest