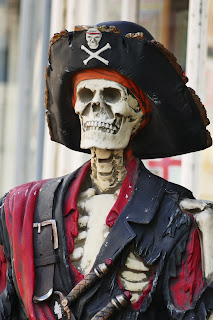 But how can you tell? Well, here's how I can tell.

Does the service offer thousands of channels for a very low fee? If so, it's probably a pirate service. Notice I said "probably." Here's why. There are services that offer legitimate content, and there are a lot of legitimate content services out there. However, you've probably never heard of most of them. If the ones offered are major cable channels, and the fee is low, then it's a scam. It's piracy.

Are all the premium channels included? HBO, Showtime, etc? It's piracy.

Do they offer a special box to pick up the channels? While this sounds reasonable to someone who is used to having a cable box in the house, with streaming, you don't have to buy a certain box. You need a streaming device -- unless your smart TV has all the apps you need -- but you can get  your own. Roku, Fire TV, Apple TV, Chromecast, Nvidia Shield, etc.

Okay, those last two are tricky. They run Android/Google TV. And, the pirate TV boxes that are sold by pirates are often modified Android boxes. That can make it seem legit. And, the fact that there are many legitimate Android TV boxes available makes it hard for new streamers to know if it's a legitimate box, or a box modified for piracy.

If you run into any of those things, it's a pirate trying to sell you something.

So, where's the cautionary tale?

Last year, or probably the year before, there was a local store that was selling pirate TV boxes. I knew about it, but I didn't take up pitchforks or torches about it.

Then, some Facebook friends (people I actually knew, not people you are only friends with in the Facebook sense) asked questions about streaming. I would mention Roku, Fire TV, Apple TV, and Chromecast as some things to consider. But, inevitably, someone (usually someone I didn't know) would chime in and refer them to this local retailer who was selling pirate boxes.

I would respond to be wary of pirate TV boxes and "too good to be true" services. That usually got a hostile response.

I understand that they quit selling those boxes, but I haven't been back in to very that. I meant to, but didn't.

So why haven't I? Well when I could, I just never bothered. But now, I can't. They are closed. I don't know if that's a permanent thing, but it sure seems that way.

They sold wireless Internet more recently, and got a shipload of complaints when all of a sudden all of their customers' Internet service stopped working. There were questions raised about why the carrier cut them off. Most seemed to indicate they wouldn't pay the bills to the carrier. People paid them for the service, but the service stopped working. Some say the local company didn't pay the carrier for whom they were reselling. I don't think that to be the case. I think service he was using may have gone out of business. However, if he was using the service I think he was using, they are still in business, but he was reselling in an area they don't officially serve. Either way, a lot of people got screwed.

Am I saying the guy is a crook? That's one option. Another is that he doesn't properly research the companies with whom he does business.

If you are dealing with a company that sells pirate TV service or devices, then you may find their unethical behavior (intended or otherwise) doesn't stop with streaming.

By DBDukes - July 13, 2022
Email ThisBlogThis!Share to TwitterShare to FacebookShare to Pinterest