Getting my Sci-Fi fix 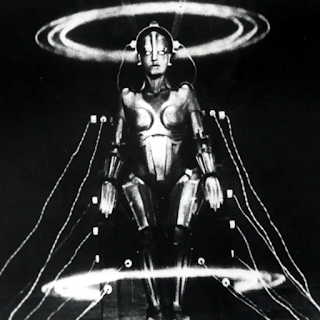 I've been a fan of science fiction movies and TV for about as long as I can remember. Watching first run episodes of The Twilight Zone and The Outer Limits, as well as the original Star Trek, Lost in Space, The Time Tunnel, and so many other TV shows was something I really enjoyed. I have watched them all many times, having purchased those shows and more.

Science fiction movies such The Thing (the 1950s, as well as the fantastic 1980s film), When Worlds Collide, War of the Worlds, Them, Forbidden Planet, The Angry Red Planet, The Incredible Shrinking Man, The Amazing Colossal Man, The Time Machine, The Day the Earth Stood Still, 2001: A Space Odyssey, and so many other films, good and bad, were movies I could watch over and over again. And have watched each of those multiple times, having purchased each of them.

I really have enjoyed my sci-fi, and continue to watch the shows and movies. But, I don't limit myself to movies I own. I still watch newer movies, or old movies I haven't seen previously, or even have but for one reason or another don't own.

Streaming has been a great way to watch many sci-fi movies and TV shows. And some of the streaming apps and services I use are free.

Sure, there's Netflix, Amazon Prime Video, Hulu, HBO Max, and many other pay streaming services, but there are also many free ad-supported television (FAST) services that offer good, and bad but enjoyable, sci-fi.

Comet TV, which you may be able to watch locally over the air, has a free streaming app that allows you to watch a stream of the TV network. If you don't have a Comet station locally, you can still enjoy Comet TV with the app.

Pluto TV has channels dedicated to science fiction. One of my favorites is the Mystery Science Theater 3000 channel, but there are other sci-fi channels where you don't hear a janitor and two robots making fun of the films. Doctor Who is also a favorite, as I'm a big fan of the classic show.

Fawesome is a rarely talked about app, but you can find plenty of sci-fi on the Science Fiction Movies & TV app by Fawesome.

There are many ways to watch science fiction movies and TV for free on your streaming device. If you want free sci-fi in your Streaming Life, you have many many options.

By DBDukes - August 13, 2022
Email ThisBlogThis!Share to TwitterShare to FacebookShare to Pinterest