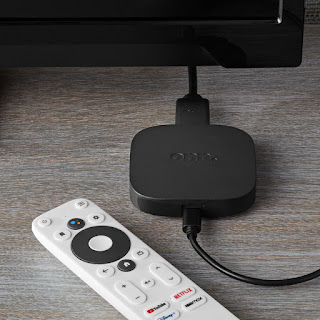 I just finished testing the Onn FHD Streaming Stick. It didn't go well. So, no Walmart streamer for me, right?

Not necessarily. You see, there are two Walmart Onn brand streamers. The Stick didn't do well, but what about the other device? Well, let's find out.

The other day, after I started testing the Onn stick, I saw a video about the Onn UHD Streaming Device. That's the other Onn streaming device. It's not a Stick, but it's not a large device. It's one of the smallest I've seen. I'll talk more about that in my review.

What? This isn't the review? Nope. It's my giving Onn a second chance.

How will it go? Well, based on the stick, I'm not confident about it. But I will give it an honest shot.

Like with other device testing, I'll try it for a week and see how it goes. I've actually started testing it. No preview, just letting you know that the testing is underway.

Based on the reviews I've seen elsewhere, I still have hope for an Onn device. It's not really a second chance, just a second device of the same brand.

We'll see how this device impacts My Streaming Life.

By DBDukes - July 02, 2021
Email ThisBlogThis!Share to TwitterShare to FacebookShare to Pinterest